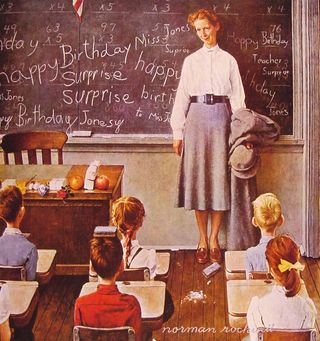 The story first, my comments are at the bottom italicized.

As she stood in front of her 5th grade class on the very first day of school, she told the children an untruth. Like most teachers, she looked at her students and said that she loved them all the same. However, that was impossible, because there in the front row, slumped in his seat, was a little boy named Teddy Stoddard.

Mrs. Thompson had watched Teddy the year before and noticed that he did not play well with the other children, that his clothes were messy and that he constantly needed a bath. In addition, Teddy could be unpleasant.

It got to the point where Mrs. Thompson would actually take delight in marking his papers with a broad red pen, making bold X's and then putting a big "F" at the top of his papers.

At the school where Mrs. Thompson taught, she was required to review each child's past records and she put Teddy's off until last. However, when she reviewed his file, she was in for a surprise.

Teddy's first grade teacher wrote, "Teddy is a bright child with a ready laugh. He does his work neatly and has good manners... he is a joy to be around.."

His second grade teacher wrote, "Teddy is an excellent student, well liked by his classmates, but he is troubled because his mother has a terminal illness and life at home must be a struggle."

His third grade teacher wrote, "His mother's death has been hard on him. He tries to do his best, but his father doesn't show much interest and his home life will soon affect him if some steps aren't taken."

Teddy's fourth grade teacher wrote, "Teddy is withdrawn and doesn't show much interest in school. He doesn't have many friends and he sometimes sleeps in class."

By now, Mrs. Thompson realized the problem and she was ashamed of herself. She felt even worse when her students brought her Christmas presents, wrapped in beautiful ribbons and bright paper, except for Teddy's. His present was clumsily wrapped in the heavy, brown paper That he got from a grocery bag Mrs. Thompson took pains to open it in the middle of the other presents. Some of the children started to laugh when she found a rhinestone bracelet with some of the stones missing, and a bottle that was one-quarter full of perfume.. But she stifled the children's laughter when she exclaimed how pretty the bracelet was, putting it on, and dabbing some of the perfume on her wrist. Teddy Stoddard stayed after school that day just long enough to say, "Mrs. Thompson, today you smelled just like my Mom used to." After the children left, she cried for at least an hour.

On that very day, she quit teaching reading, writing and arithmetic. Instead, she began to teach children. Mrs. Thompson paid particular attention to Teddy. As she worked with him, his mind seemed to come alive. The more she encouraged him, the faster he responded. By the end of the year, Teddy had become one of the smartest children in the class and, despite her lie that she would love all the children the same, Teddy became one of her "teacher's pets.."

A year later, she found a note under her door, from Teddy, telling* her that she was still the best teacher he ever had in his whole life.

Six years went by before she got another note from Teddy. He then wrote that he had finished high school, third in his class, and she was still the best teacher he ever had in life.

Four years after that, she got another letter, saying that while things had been tough at times, he'd stayed in school, had stuck with it, and would soon graduate from college with the highest of honors. He assured Mrs. Thompson that she was still the best and favorite teacher he had ever had in his whole life.

Then four more years passed and yet another letter came. This time he explained that after he got his bachelor's degree, he decided to go a little further. The letter explained that she was still the best and favorite teacher he ever had. But now his name was a little longer.... The letter was signed, Theodore F. Stoddard, MD.

The story does not end there. You see, there was yet another letter that spring. Teddy said he had met this girl and was going to be married. He explained that his father had died a couple of years ago and he was wondering if Mrs. Thompson might agree to sit at the wedding in the place that was usually reserved for the mother of the groom.

Of course, Mrs. Thompson did. And guess what? She wore that bracelet, the one with several rhinestones missing. Moreover, she made sure she was wearing the perfume that Teddy remembered his mother wearing on their last Christmas together.

They hugged each other, and Dr. Stoddard whispered in Mrs. Thompson's ear, "Thank you Mrs. Thompson for* believing in me. Thank you so much for making me feel important and showing me that I could make a difference."

Mrs. Thompson, with tears in her eyes, whispered back. She said, "Teddy, you have it all wrong. You were the one who taught me that I could make a difference. I didn't know how to teach until I met you."

(For you that don't know, Teddy Stoddard is the Dr. at Iowa Methodist Hospital in Des Moines that has the Stoddard Cancer Wing.)

The school district where I work gave us this story a couple of Christmases ago. It has touched my heart since then and each time a new school year starts, I remember this story. Each time a child acts up in class, I remember this story. I believe we are all shaped by our pasts. We are the way we are because of our experiences. Before we go ahead and judge someone, it would be helpful to have a glimpse into their life. That kid that may be driving you nuts in class because he is acting up and not listening to you, he/she may be that way because life at home may be rough. Maybe the parents are not "there" for him or her.

That child that seems so bright yet prefers to not do anything, he/she may be that way not because they choose it but rather because he/she may have gone without food the previous day.

That kid who you see on their desk sleeping, he/she may not be lazy, he/she may have had to stay up watching sliblings while the parents were at work.

Happy Birthday to my First Born 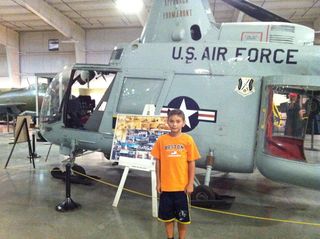 Happy birthday to my sweet little boy. He brings so much joy and laughter to us. We are so very grateful to him and for everything he does. I love this little man more than words can express. 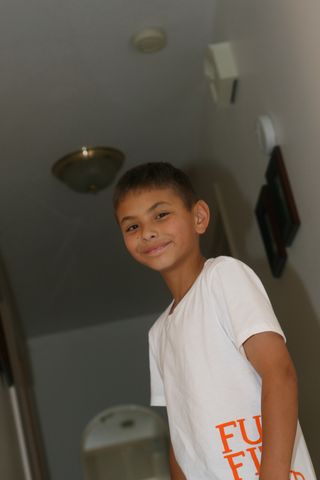 A loomy friend asked me to come up with a way to do a scrunchy with ruffle style yarn. She sent me a picture and from it, I came up with the following video. I don't have a pattern per say, other than my visual presentation, if I could write one up, I would but my crochet terminology skills are terribly lacking. However, I hope you are able to create many scrunchies using this visual aid. 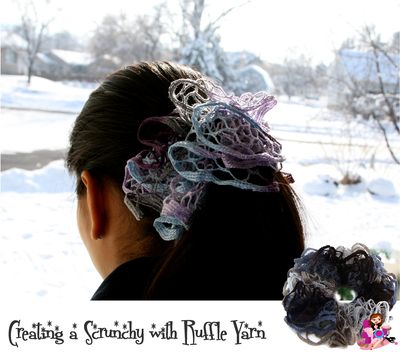 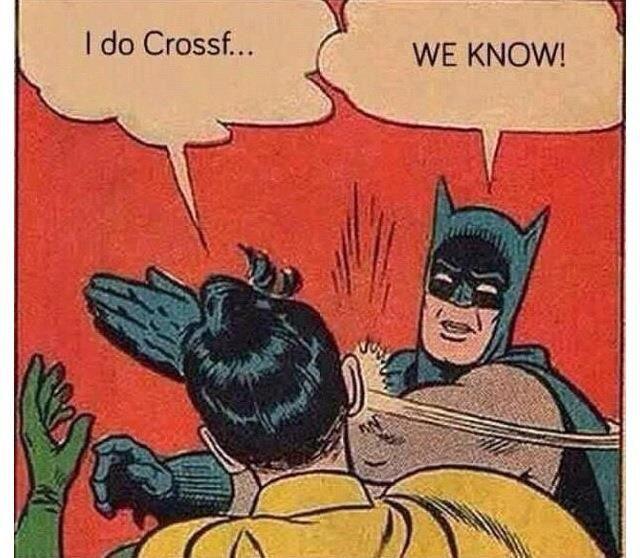 My favorite races of 2013: Bolder Boulder 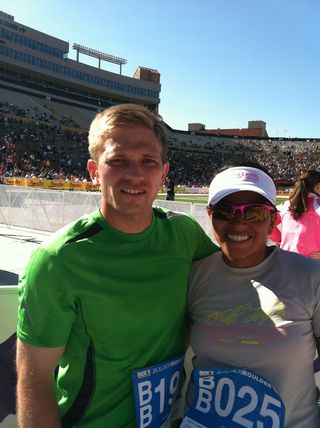 We went to visit our dear friends in Denver and it happened to be the weekend of Bolder Boulder. We went without any running gear and as we arrived my friend told us all about the race and was showing us his race packet, I couldn't resist but run it. Last minute decision, we went to TJMax and picked up some running clothes and some shoes to run with. Love last minute decisions, flying by the seat of my pants, hahaha. Registered the day before and picked up a cute visor that reads "Sea Level is for Sissies" :).

The race was awesome. Tons of people, as in 40,000 people! The course was very nice and it was the perfect temperature. The best part--finishing inside the stadium, I felt like a rockstar! hahaha! At the end of the race, we were able to see some of the elites run, and boy that was exciting! Not my best time but surely had the best "running time" of any 10K race. We are planning on going in 2013. 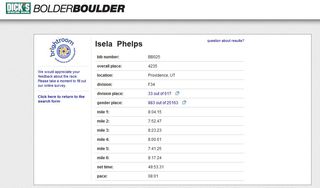