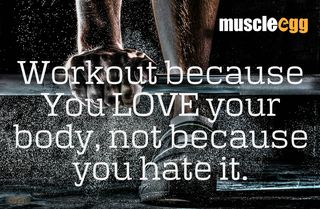 Every Monday, Wednesday, and Friday, I go through the same battle in my head. The saying goes "workout because you love your body not because you hate it". I want to love it. I love the fact that it is healthy and that I can do stuff with it, however, I hate it because I have the genes to be a chunky dunky monkey so in order to stay healthy, I have to constantly work my butt off. I cannot help but look around at other women who do not workout and look amazing all the time. At 5:30am when my alarm is going off, all I can say to myself to get out of bed is "fatso, get up, that flabby belly is not going to go away by itself!" Not like it has gone away before, but I keep it at bay.  Comparison is the worst enemy, I know, but it is so hard to think logically at 5:30am when I am tired and all I want to do is keep sleeping til 7am. So each time, I end up getting up and getting dressed in 100 layers and going out for a run. It is a sense of responsibility and shame that makes me get up. Do you have to get up early in the morning to workout?

Working full time has its awesome perks-I love having health insurance! I enjoy the sense of security it gives me as I know that if my children get sick that I can take them to the doctor so they get check. However, I have struggled finding the time to workout. I finally understand what many people told me before "I don't have time!". It is true. If I slept til 7am, I also wouldn't have time. Fitting in all the activities from the kids and my "wants" doesn't really fit in 24 hours, especially if I sleep for at least 7hrs.  If you are a Momma or Papa out there getting your workouts in, I applaud you because it is freaking hard! We have to give up something precious (sleep) in order to stay healthy. So the question is: how badly do you want it? What is your level of commitment to your cause? I know my bed loves me at 5:40am, it wraps its warm, soft arms around me and begs me with soft whispers to stay in bed.

It is not that I hate working out, no, on the contrary, I completely love being active and working out. What I don't like is that I have to get up so early to get it done. But then again, if this is my only worry of the day, I have a pretty good life and then I realize that my petty laziness can be overcome. 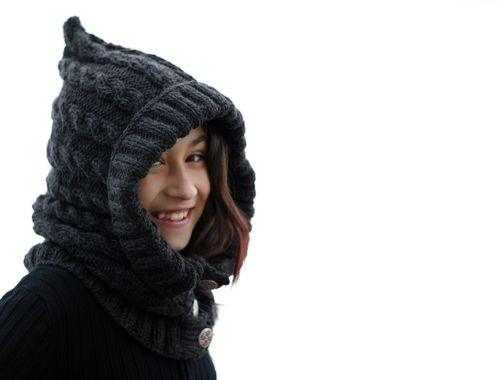 January is such a blah month. I read something recently that made me giggle, it read " January is the worst month! You're fat and broke from Christmas, it's cold and dark 24/7, you're paler than ever, it's just such a struggle", I tend to agree with that statement. It is a hard month. The January blues! Couple that with the sadness of my miscarriage and I have turned into a complete #itch the past month.  I try to be good. I really do. But, I cannot help myself when the blues hit, I just want to crawl into bed and stay in there forever. 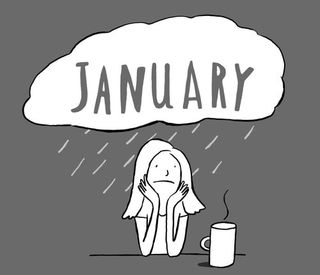 Thankfully, January has a day off in there so I was able to stay home and simply "be". I gave myself the gift to knit for me. To do something for myself. I don't knit for myself often as I don't really have time to grab a pattern and knit and enjoy it. Most of the time, it is a matter of sitting down and figuring out instructions and writing out the pattern for the looms. Not this time. I simply sat down with pattern in hand and I knitted. I knitted for 3 afternoons/evenings. It was most pleasant. A feeling that I had forgotten, a feeling of getting lost in the process and seeing the magic appear.

First, I knitted the cute Quendi hat by Irina Anikeeva. I totally love the cables. I do wish it wasn't so long in the ribbing section. I believe it is meant to be a slouchy hat, but I don't do really like slouch hats, at least not with cables in them. This one was worked with Malabrigo worsted--super soft and lovely! 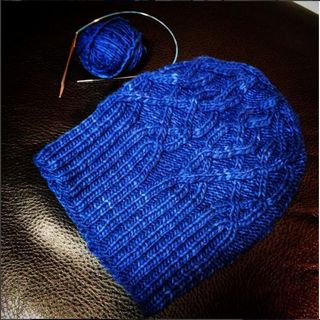 My other project, which I have been waiting since 2014 to get a chance to knit was the Through the Woods hood. I am in love with this hood. I made one winter of 2014 in a red color and it is one of my absolute favorite accessories. I have been meaning to knit one in a charcoal gray but I have not had the time, until this last weekend. I casted for it on Sunday night and finished it Monday evening. It simply flies through the needles!My Nyahbelle is here modeling the cute hood. And because she is uber cute, I couldn't decide on "just" one picture. 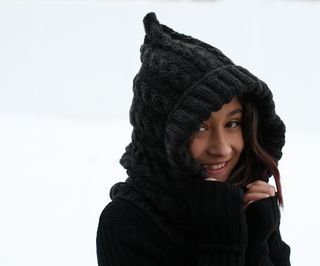 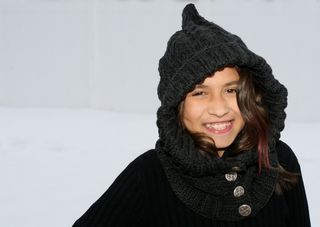 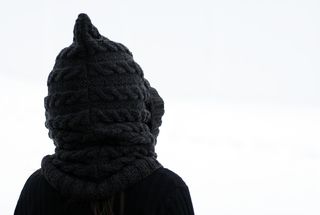 I would like to knit another hood, but I want it with Celtic cables, but I haven't found one with Celtic Cables. I could design it myself but that means work so instead, I'll wait until someone else designs it so I can simply sit down and knit.

This weekend was one of those in which I finally realized the wonderful gift that I have learned...I can create with string. I can create basically anything that I can imagine. One day, I will have a cat and I will dress it, hahaha.