Happy workaversary to me! Two years ago, I began on a new career path in the IT field as a ServiceNow Developer at Utah State University. I switched from a customer service focused job to a technical one. Looking back, I can tell you that it was rough, oh so rough. I haven’t felt this inadequate in a long time, I can likened it to when I first arrived in the US, 17 years ago. To tell you the truth, I didn’t know if I was going to cut it. I didn’t know if I had it in me to survive the first 3 months. When I made it a year, I quietly celebrated in my heart. I sent an email to my supervisor thanking him for allowing me the opportunity to play in his playground. And now, here I am, closing the door on year 2, and preparing to open the door on year 3!!! Very grateful for the people who believed in me, for my awesome team who have supported me and carried me when I needed help. Stoked to see what year 3 will bring! Excited to utilize the ServiceNow platform to bring more value to our university. 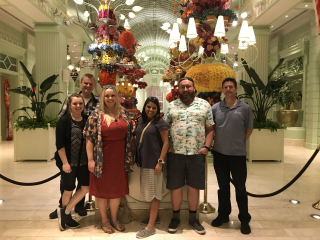 Those first few months were difficult. I am not kidding when I say that I didn’t even know how to turn on my computer—you see, I switched from a pc to a Mac (I will never go back to a PC unless I absolutely have to!). But grit is ingrained in me. I don’t know how to quit. It could be the runner personality in me that doesn’t know how to quit, or it could be the sheer determination to keep on trying—whatever it is, it has carried me through two years. A few years back, in my triathlon years, I was participating in an olympic distance triathlon. I was ready, I had been training in swimming, running, and biking. We all got ready for the swim, I lined up towards the side, where I would have plenty of room to move around. The horn went off, and we all took off. I swam a few yards, and I was feeling great. Then, someone much bigger than me was struggling and he used me as his floatation device. He pushed me down to push himself upwards. I panicked. I couldn’t breathe. Anxiety set in. I could see myself dying from lack of oxygen. I moved sideways and I couldn’t shake him off. So, I swam deeper to get away—talk about scary! After struggling and getting him off my back, I surfaced and gasped for air. A kayak was by my side within seconds. They saw my face and I guess my panic was apparent. They asked me if I wanted to board the kayak and go to the edge. I shook my head. I couldn’t quit. They told me I could hold on to the kayak while they waited for me to feel better. It was seconds, but enough time for me to look to the shore where my kids and husband were waiting for me. The volunteer asked me again if I wanted to go to shore. I declined. I couldn’t go to the shore and tell my kids that I had given up. I couldn’t face my son and tell him that Mom had given up within yards from the shore. I pushed off the kayak and kept swimming. Experiences like this one remind me that I can do hard things. Suck it up. Face the fear. Keep going. 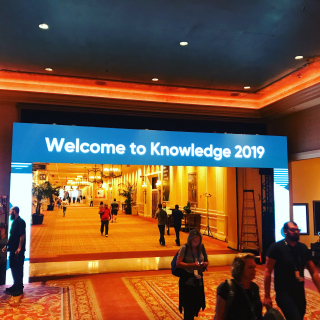 My first few weeks were comprised of taking the beginner ServiceNow course. Yes, my new employer dropped thousands of dollars on a new horse that he didn’t know could race. I was terrified of breaking everything inside the platform by looking at it. Fake it til you make it! I gathered all the confidence I could muster at each meeting, and tried not to look and sound like a complete idiot. I came from a non-technical background and my new world was all IT. Everyone in the meetings talked a different language where I understood every other word and that was because every other word was “the, then, a, etc” ha!. Then, I was given my very first project, it was massive (in my eyes). The crazy person in me thought “yes, I can do this, I’ve got it!” I knew so little about project management. I knew even less about designing in the platform that I was using. It was hard. I struggled every day on that darn project. Each day, I encountered something I didn’t know how to do (and I still do). I would stare at the computer monitor in anger, asking it to do what I needed it to do, spent a few hours researching, then finally asking my awesome co-workers how to do it. That first project took me over a year to complete. Resiliency and determination were crucial during this time. The project, although I was the main developer, was truly a collaboration from everyone in my team. Each time I struggled with something, I would go and tap on their shoulders so they could help me. They have saved my bacon so many times. I have learned and grown so much because of them.

How clueless was I? I have to record this somewhere because one day there will be a brand new ServiceNow Developer and she/he will make the very same mistake I did. My project had over 2000 updates saved, which was months and months of work. Somehow, one afternoon, in deleting a variable, I clicked on something and I lost my entire project—everything! All gone! Poof!!!! I wanted to die. I wanted to crawl into the deepest hole on earth and die! I did what I usually do, took a deep breath, then said to myself “suck it up!” I walked over to my teammate and I told him what I had done. He calmly told me that it was okay. He could find it and get it back for me. It took him a few minutes and he was able to recuperate it for me. He saved my bacon that day (and has done so many times over since then)! The project became my first “baby”, as it took that long to create. I learned so much with that first project, not only did I learn about developing on the platform but I also learned about project management, and the impact the project owner has on the success of the project, and I learned to work with an amazing new team. Working on that huge project gave me the confidence to handle the subsequent projects that landed on my desk.

During those first few months, there were many tears too. I remember specifically a day that I walked to my car and I cried my heart out from frustration at how stupid I was. I had made one of the silliest mistakes ever, and all because I didn’t know better. Kind of dumb for berating myself for doing something I didn’t know how to do and I did it wrong. Although there have been many frustrating moments along the way, there have been so many more amazing “aha!” moments. Moments when I have been so proud of myself. Yes, I guess I enjoy a challenge more than anything! And my new job gives me that! Each time a new project hits my desk, I get a thrill down my spine, and then I worry that I won’t know how to do it, but then I remember that I am not alone, I am part of a team, and a feeling of peace enters my mind.

It has been two years since I made the switch, I have found a new “home” with my IT team. I don’t yet speak “tech”, but I am not as lost as I used to be. My journey still has a very long road ahead, but I am happy to say that I am surrounded by amazing, wickedly-smart individuals. The road will have some challenges that I have decided to self-impose to become a better developer, and a stronger link in the chain for my team, and I know that they will be there to support me and to save my butt when I am over my head. The beauty about starting from the lowest of lows is that you only have one way to go, UP! Yes, on the way up, you may trip and fall over and over, but if you continue picking yourself up, you will continue to make progress. Progress, however small is progress!