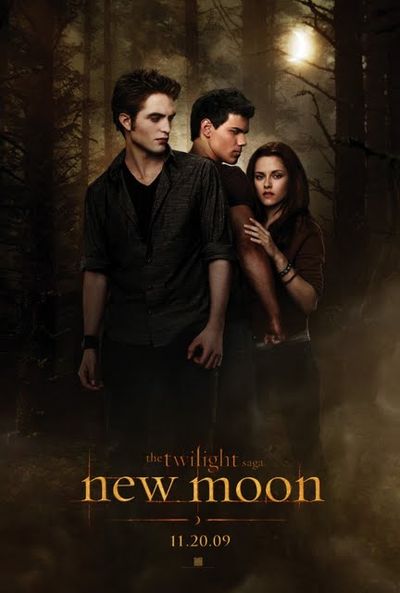 Nine pm couldn't come fast enough for us!  I have a little group of friends who just love going to the movies, the six of us had  gotten tickets about a month ago and we were all super excited for Nov. 20th to arrive. At the last minute, one of our friends couldn't come so we had an extra ticket. I told Jenny  to come see it and she came all the way from Roy to see the movie with my friends and I. Going to the midnight premiere shows is a thing we all have in common. We love sitting outside the theater and just getting some "mommy" time to talk and dream about the movie. 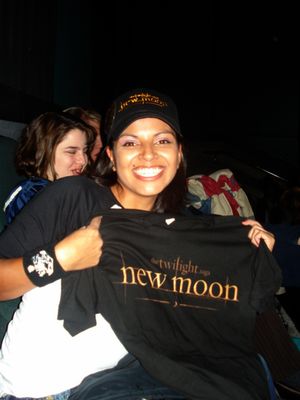 They let us inside the theater around 10:30pm and we were able to watch about 1/2 of the Twilight movie before New Moon started. Before New Moon came on, the theater personnel came in to have a raffle. I sat through the raffle, waiting expectantly at the edge of my seat, then the impossible, they called my number! I won a baseball hat and a button. Then two numbers later, they called my friend's Jenny's number, she was so awesome and gave me the t-shirt she won. I couldn't refuse it, I wanted the entire set so badly. She is just too awesome. 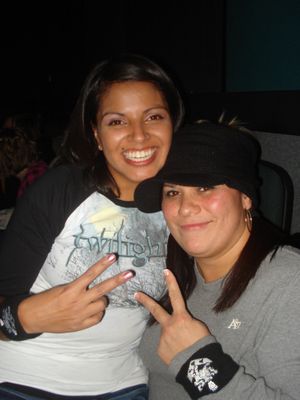 (My friend KeKe and I...we are both wearing the Cullen Crest wristbands but we are huge Jacob fans ;) )


The movie itself was fantastic! The production was so much better than the first one. The action effects definitely less "cartoony" and the skin color and eye color not so crazy as the first movie. The movie stuck to the book quite closely, as closely as a movie can get unless they made a 12 hour movie (which by the way, I know a bunch of crazy women would be willing to sit through a movie of this length).